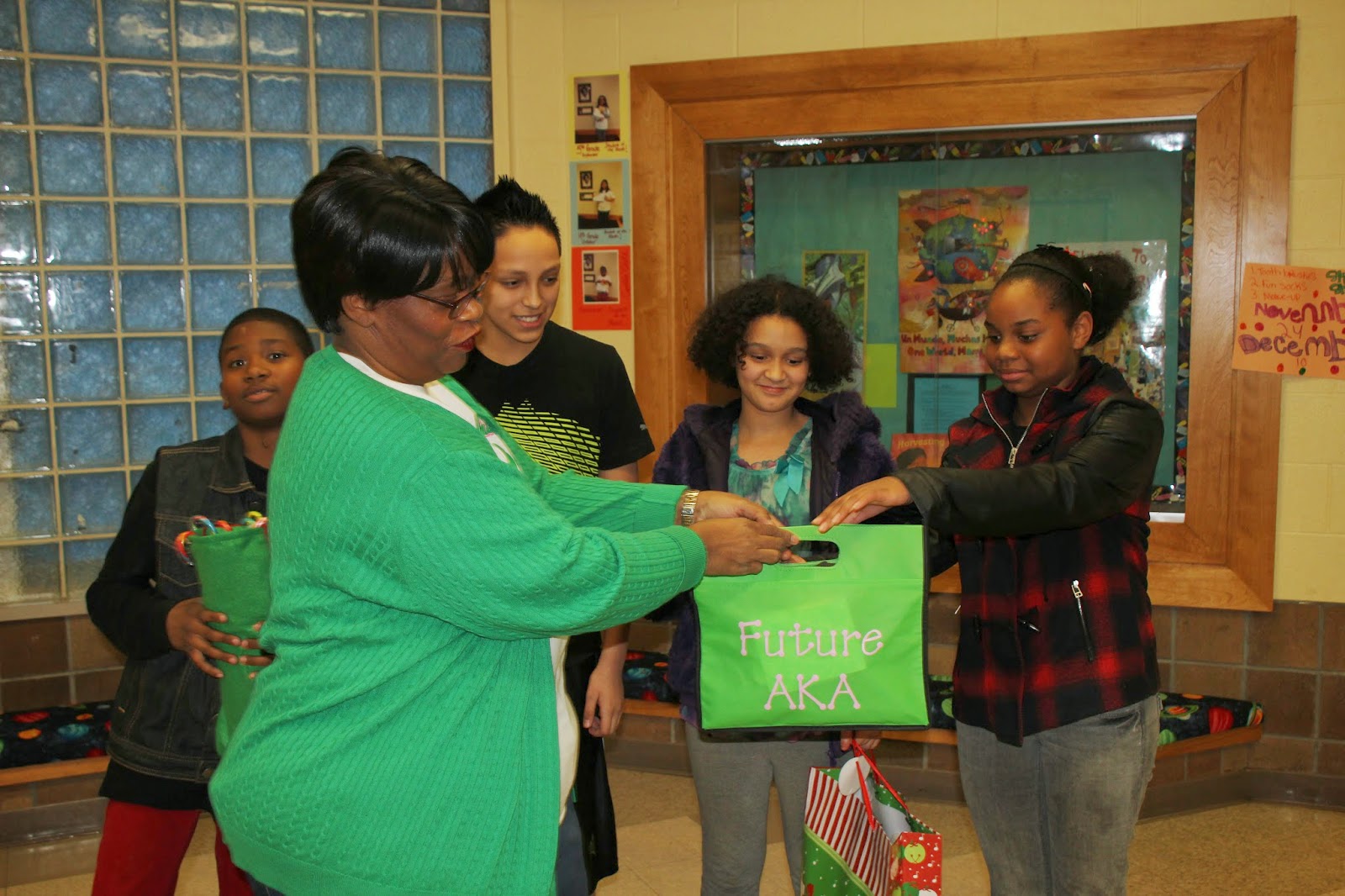 More than 120 winter wear items were presented to the children of Williams Magnet on Friday, December 12 to honor the school’s namesake, Mamie Williams. Sorority members from the Alpha Iota Omega chapter of Alpha Kappa Alpha collected the items to honor the memory of Mamie Williams, who- were she still alive- would have celebrated her 120th birthday on December 12th. The sorority members donated the hats, scarves and gloves, which were collected from their co-workers and members of Antioch Baptist Church, as part of the sorority’s national initiative to provide extra warmth to school children.
Thank you, ladies of Alpha Iota Omega, for your generosity to the children of Williams Magnet!
at December 19, 2014